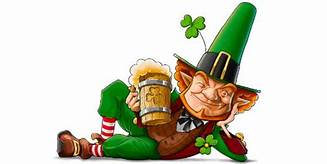 Instead of a pot of gold the leprechaun has brought us books!!!!

The Sect of Angels by Andrea Camilleri – March 12
For: Andrew & Sergei

The Last Act by Brad Parks – March 12
For: Eadie

The Bag Carrier by Stephen Leather – March 14
For: Andrew

The Cornwalls Are Gone by Brendan DuBois & James Patrerson – March 25
For: ColinMichaelFelix 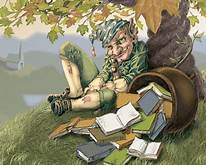 Give the Leprechaun back his gold and he’ll tell us where there are books for everyone!

Before She Knew Him by Peter Swanson – March 5

Thanks, Carol; plenty for me to look forward to, including a future group read from Steve Berry...

>2 Sergeirocks: You'll have to thank the leprechaun. "Go raibh maith agat" is "thank you" in Irish Gaelic. (Hope I spelled it right) Pronounced "Go riv mah agut". The leprechaun will be impressed and leave you even more books.:)

>4 Sergeirocks: The Leprechaun says "Ta failte"..."You're welcome". I think I'm about at the end of the Irish Gaelic that I actually remember...plus I don't have an international keyboard so some of the little thingies that go above the letters are missing. I may be arrested for murdering a language.:)

I want to try the new one by M. J. Arlidge. I love the Helen Grace series even though i'm only up to #7. It looks good.

>6 Olivermagnus: Sounds like you and I are on the same list for most of the same books. Hope they have enough for you:)

Some good ones waiting for me, where do I start?

>9 Andrew-theQM: I believe if you would retire you'd have a lot more time to pursue this venture to read them all:)