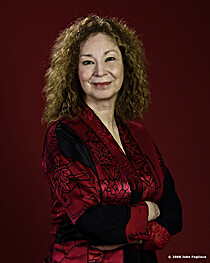 About meI was an insatiable reader as a child, and that fact, combined with a vivid imagination, inspired me to write. I penned a few truly terrible "novellas" at age twelve, then put fiction aside for many years as I pursued my education.
I grew up in Plainfield, New Jersey and spent my summers at the Jersey Shore, two settings that have found their way into my novels.

In high school, my favorite authors were the unlikely combination of Victoria Holt and Sinclair Lewis. I loved Holt's flair for romantic suspense and Lewis's character studies as well as his exploration of social values, and both those authors influenced the writer I am today.

I attended Glassboro State College in New Jersey as a special education major before moving to San Diego, where I received both my bachelor's and master's degrees in social work from San Diego State University. After graduating, I worked in a couple of youth counseling agencies and then focused on medical social work, which I adored. I worked at Sharp Hospital in San Diego and Children's Hospital in Washington, D.C. before opening a private psychotherapy practice in Alexandria, Virginia, specializing in adolescents. I reluctantly closed my practice in 1992 when I realized that I could no longer split my time between two careers and be effective at both of them.

It was while I was working in San Diego that I started writing. I'd had a story in my mind since I was a young adolescent about a group of people living together at the Jersey Shore. While waiting for a doctor's appointment one day, I pulled out a pen and pad began putting that story on paper. Once I started, I couldn't stop. I took a class in fiction writing, but for the most part, I "learned by doing." That story, PRIVATE RELATIONS, took me four years to complete. I sold it in 1986, but it wasn't published until 1989 (three very long years!), when it earned me the RITA award for Best Single Title Contemporary Novel. Except for a brief stint writing for daytime TV (One Life to Live) and a few miscellaneous articles for newspapers and magazines, I've focused my efforts on book-length fiction and am currently working on my nineteenth novel.

My stories are often filled with mystery and suspense, and–I hope–they also tug at the emotions. Relationships – between men and women, parents and children, sisters and brothers – are always the primary focus of my books. I can't think of anything more fascinating than the way people struggle with life's trials and tribulations, both together and alone.

In the mid-nineties, I was diagnosed with rheumatoid arthritis, a challenging disease to live with. Although my RA is under good control with medication and I can usually type for many hours a day, I sometimes rely on voice recognition technology to get words on paper. I’m very grateful to the inventor of that software! I lived in Northern Virginia until the summer of 2005, when I moved to North Carolina, the state that inspired so many of my stories and where I live with my significant other, photographer John Pagliuca. I have three grown stepdaughters, three sons-in-law, three grandbabies, and two shelties named Keeper and Jet.

For me, the real joy of writing is having the opportunity to touch readers with my words. I hope that my stories move you in some way and give you hours of enjoyable reading.

Groups1001 Books to read before you die, MyPeopleConnection Book Clubs, Romance - from historical to contemporary, What Are You Reading Now?