HomeGroupsTalkMoreZeitgeist
This site uses cookies to deliver our services, improve performance, for analytics, and (if not signed in) for advertising. By using LibraryThing you acknowledge that you have read and understand our Terms of Service and Privacy Policy. Your use of the site and services is subject to these policies and terms.
BruceABorders Profile Books Charts & Graphs Reviews 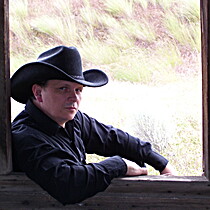 About meBruce A. Borders was born in 1967 in Cape Girardeau, MO. Bruce’s childhood years were spent in a number of states, including Missouri, Oregon, Wisconsin, and Wyoming.
During his high school years, he was a member of the football, basketball and track teams, involved in various non-athletic activities such as school yearbook production and photography, and won numerous awards for his artistic creations. Bruce graduated Valedictorian in 1984
While in school, Bruce held three part-time jobs; a store clerk, a janitor, and a dental technician, working about 60-70 hours per week. After graduation he became employed full time as a dental technician. Other jobs have included restaurant manager, carpenter and grocery store cashier. For the past sixteen years, he has worked as a commercial truck driver, logging more than two million miles.
At the age of fifteen, Bruce decided to become a writer. He began by writing songs, news articles and short stories. Eventually, books were added to the list. Over the years, he continued to write and currently has a catalog of more than 500 songs, numerous short stories and nine completed books. He writes on a variety of subjects such as the Bible and politics, as well as fictional novels of legal issues and westerns.
For more information please visit http://www.bruceaborders.com or http://bruceabordersbooks.weebly.com

About my libraryThese are the books I have published to-date. Working on a few more - and writing more.