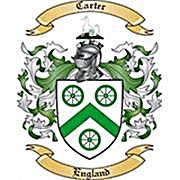 About meI am a veteran of the Fire Service. I attended Oklahoma State University majoring in Fire Science. I attended University of Illinois Fire Service Institute Acadamy, was certified through the 'Smoke Diver's' school of advanced firefighting, was certified as an Instructor, Hazardous Materials Technician, Fire Officer, Public Fire Education, Tactics and Strategy, Management, Vertical Rescue, Vehicle Rescue, Arson Investigation and an Emergency Medical Technician (EMT-D). I was a Geobase Team Manager for the local 911 Center during implementation of a Computer Aided Dispatch (CAD) software. I developed a report database for entry and record keeping using dBase III/IV in the '90's. I also worked in collaboration with the Engineering Dept. of the city on new streets, street names and maps for the fire department. I obtained the rank of Engineer and was certified in Pump Operations as well as having had a Illinois Commercial Driver's License (CDL).

In 2003 I injured both shoulders. Surgery was done on the right. Steroid shots took care of the left for 9 years.

In 2005 I traveled to New Orleans with the third and final contingent of Illinois firefighters for the Hurricane Katrina tragedy. Our base camp was the University of Holy Cross in the Algiers subdivision. We worked out of Task Force 5 Station mostly on Magazine St. Our company was 1 of 2 'F.A.S.T.' (Firefighter Assist and Search Team) companies working the entire city of New Orleans.

In 2007 I was awarded a medal as Firefighter of the Year for leading my company in rescuing two children and their father. Unfortunately they passed away at the medical center.

In 2011, I had surgery of his left shoulder, which was only partially successful, and was not able to return to work. In March of 2012 I was granted a disability retirement after 34 years of service.

In December of 2012 I started supporting the first of hopefully many drivers, Jessica Bean from Farmland, Indiana. It was well worth it. In 2017 and 2018 Jessica won the USAC Eastern Midgets Championship.

In July of 2013, I teamed up with Brian Keselowski and driver Morgan Shepherd to put the decal on a Sprint Cup race car for the race in New Hampshire.

In August of 2013, I teamed up with Cassie Gannis Racing to again recognize the charities of the Prescott families, this time along with The Wildland Firefighters Foundation at Las Vegas Motor Speedway 'Bullring'.

In September of 2013, I partnered with Jessica Bean to race at Mid-Ohio Sports Course in Skip Barber Summer Series formula race. She finished 6th.

In October of 2013, I worked with Shannon McIntosh's Driving for Dreamer's campaign to get in an ARCA race car with Cunningham Motorsports.

In 2015 I helped sponsor Shea Holbrook and the Holbrook Racing Team and their efforts to shortly move into drag racing. Currently Shea is working on the W Series in Europe.

His other interests include other sports, aviation, the military, books, politics, foreign policy, science fiction tv and movies, genealogy of his family with particular interest to the military service, computer database, graphics and gaming.

About my libraryMostly I have hardbacks and paperbacks that I've constructed a bookcase for. Currently in a separate room stacked away I have comics, children books, coloring and activity books. I plan to build another bookcase for these. I have records that I recieved from my parents after their passing which contain some old ones they owned plus a few I had as a teenager. I also have old cassettes and music CDs. Although I have some titles listed on LT, their details are kept on Discogs right now. I only have basic info on DVDs and Blu-Rays and Games I own.