HomeGroupsTalkMoreZeitgeist
This site uses cookies to deliver our services, improve performance, for analytics, and (if not signed in) for advertising. By using LibraryThing you acknowledge that you have read and understand our Terms of Service and Privacy Policy. Your use of the site and services is subject to these policies and terms.
TessCallahan Profile Books Statistics Reviews Clouds 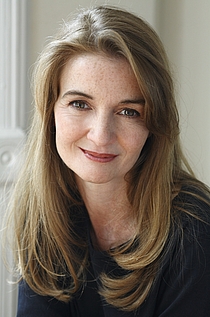 About meTess Callahan’s first novel, April & Oliver, was published in hardcover by Grand Central Publishing in 2009 and paperback in June 2010. Other editions have been published in the UK, the Netherlands and Italy. An excerpt appeared in Agni and was nominated for the PUSHCART PRIZE. A Mother’s Day essay called, "Do You Feel This?" was published in The New York Times Magazine’s “Lives” column on May 10, 2009, and she has an essay posted on Powells.com called, "April, Oliver and The Power of Now." Her work has also appeared in Cottonwood, The Stylus Anthology: 1950-2000, The Boston College Magazine, New York Newsday and The LA Times/Washington Post news service through syndication. She has participated in workshops at Bread Loaf, Squaw Valley, The Ragdale Foundation, The Writer’s Voice, The University of Kansas, and The University of Nebraska-Lincoln. She earned a B.A. from Boston College, a M.Ed. from SUNY Buffalo, and a M.F.A. from Bennington College.