HomeGroupsTalkExploreZeitgeist
This site uses cookies to deliver our services, improve performance, for analytics, and (if not signed in) for advertising. By using LibraryThing you acknowledge that you have read and understand our Terms of Service and Privacy Policy. Your use of the site and services is subject to these policies and terms.
davidliss Profile Books Charts & Graphs Reviews Gallery 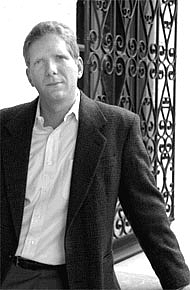 About meI am a novelist living in San Antonio, Texas, though, for the record, I am not from Texas. I just live here. I have five novels: The latest, to be published on September 30th, is called The Whiskey Rebels. It's set in New York, Philadelphia and Western Pennsylvania during the early 1790s, and it is essentially a thriller in which I try to show how unstable and precarious the future of the United States looked in its earliest years. The book is full of plots, deception and heavy drinking, and it is populated with a nice assortment of schemers, true believers and general smart-asses

On to the previous booksK A Conspiracy of Paper (which won the Edgar Award for Best First Novel) and A Spectacle of Corruption were both national bestsellers. They are set in 18th century London and feature Benjamin Weaver, a Jewish former pugilist, thief-taker for hire. Weaver will be back in 2009 with The Devil’s Company, but he’s featured in a new short story, The Double Dealer” in the anthology Thriller , edited by James Patterson. The Coffee Trader is set in 17th century Amsterdam. It was also a national bestseller, and is a book group favorite. My most recent novel, The Ethical Assassin , is a contemporary animal ights thriller about door-to-door encyclopedia salesmen.

For more information, or perhaps for different information, you can visit my web page at www.Davidliss.com. Otherwise, if you are interested in my books, or just want to talk about books in general, please be in touch.

About my libraryI will only post books I like. I don't believe knocking down other writers in public.