HomeGroupsTalkMoreZeitgeist
This site uses cookies to deliver our services, improve performance, for analytics, and (if not signed in) for advertising. By using LibraryThing you acknowledge that you have read and understand our Terms of Service and Privacy Policy. Your use of the site and services is subject to these policies and terms.
ericlee Profile Books Charts & Graphs Reviews 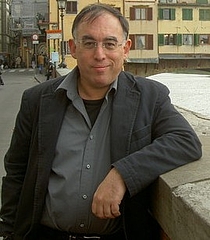 About meEric Lee is a London-based author, journalist and political activist. His most recent books are Night of the Bayonets: The Texel Uprising and Hitler's Revenge, April-May 1945 and The Experiment: Georgia's Forgotten Revolution, 1918-21. Both concern the 20th century history of Georgia. He is also the author of two books of military history (Saigon to Jerusalem: Conversations with Israel's Vietnam Veterans and Operation Basalt: The British Raid on Sark and Hitler's Commando Order) and several books about the labour movement and the Internet. His next book is about the 'Eremin Letter' controversy. He is also the founding editor of LabourStart, the news and campaigning website of the international trade union movement.