HomeGroupsTalkExploreZeitgeist
This site uses cookies to deliver our services, improve performance, for analytics, and (if not signed in) for advertising. By using LibraryThing you acknowledge that you have read and understand our Terms of Service and Privacy Policy. Your use of the site and services is subject to these policies and terms.
ocgreg34 Profile Books Charts & Graphs Reviews Gallery 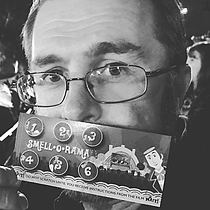 About meAn office manager with a love of books. I read quite a bit and am always picking up new stories and novels, even though my "must read" stack continues to grow larger and larger. I'm a fan of world literature (Japanese, Spanish), horror/ghost stories, LGBT literature and sometimes the hardcore stuff that we were supposed to read in college. Some of my stories have recently appeared in: "First Time Dead 2", "Fear, Volume 1", "Before Plan 9: Plans 1-8 from Outer Space", "Queer Fish Volume 2", and "Monster Gallery".

About my libraryI tend to read quite a bit of world as well as LGBT literature so my shelves are filled with the likes of John Rechy, Yukio Mishima, Phil Rickman, and J. M. Coetzee, to name just a few. I'm also a fan of horror novels -- specifically ghost stories--so I own volumes of Algernon Blackwood, Ambrose Bierce, Stephen King, Shirley Jackson and many others. I also like the hardcore lit.: Dante's "The Divine Comedy," Bocaccio's "The Decameron," and so on.