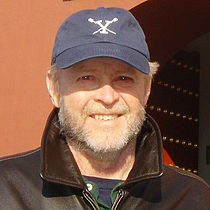 About meMichael Schmicker is an investigative journalist and nationally-known writer on scientific anomalies and the paranormal.

His most recent book is "The Witch of Napoli" (published January 2015), an historical novel with a paranormal twist set in Italy in 1899 (logline: "Downton Abbey Meets the Exorcist").

Michael has been a featured guest on national broadcast radio talk shows, including twice on Coast to Coast AM (560 stations in North America, with 3 million weekly listeners). He also shares his investigations and writings through popular paranormal webcasts including Skeptiko, hosted by Alex Tsakiris; Speaking of Strange with Joshua Warren; the X-Zone, with Rob McConnell (Canada); and even spent an hour chatting with spoon-bending celebrity Uri Geller on his program "Parascience and Beyond" (England). He reviews books for the Journal of Scientific Exploration, and serves on the Board of Advisers of the Rhine Research Center and is a member of both the American Society for Psychical Research as well as England's venerable Society for Psychical Research. You'll find more on his official author website.

He is the co-author of "The Gift, ESP: The Extraordinary Experiences of Ordinary People" (St. Martin's Press, hardcover, paperback, Kindle e-book (USA); Rider/Random House (UK). His first book, "Best Evidence," has emerged as a classic in the field of scientific anomalies reporting since its first publication in 2000. His writings also appear in three anthologies, including "The Universe Wants to Play" (2006), "First of the Year 2009" (2009), and "Even the Smallest Crab Has Teeth" (2011). His Amazon Author Page is found at www.Amazon.com/author/michaelschmicker

Michael began his writing career as a crime reporter for a suburban Dow-Jones newspaper in Connecticut, and worked as a freelance reporter in Southeast Asia for three years. He has also worked as a stringer for Forbes magazine, and Op-Ed contributor to The Wall Street Journal Asia.

His interest in investigating the paranormal began as a Peace Corps Volunteer in Thailand where he first encountered a non-Western culture and people who readily accept the reality of ghosts and spirits, reincarnation, psychics, mediums, divination,and other persistently reported phenomena unexplainable by current Science. Before joining Peace Corps, he studied documentary film production at New York University and the British Film Institute. He spent his first year in Bangkok teaching English to middle school students at the royal Buddhist monastery of Wat Bowonniwet, and the subsequent two years writing and producing with Thai colleagues a Sesame Street-inspired educational television series for the Thai Ministry of Education, complete with puppets, animation, and cinematic tricks borrowed from Richard Lester's madcap work. The TV program, "Meet Mr. Maytree" represented Thailand in the international Japan Prize contest for educational television excellence.

He lives and writes in Honolulu, Hawaii, on a mountaintop overlooking Waikiki and Diamond Head crater. And yes, the sunsets are spectacular.

My new novel, "The Witch of Napoli" was inspired by the real life story of Spiritualist medium Eusapia Palladino. If you want to see some of the books I read to help me craft the novel, check out the book list tagged "paranormal-Eusapia Palladino." From cholera epidemics and Spiritualism to Camorra gangsters and Victorian dinners in Cambridge England, you have to deliver accurate details. I even poured through antique Baedeker Guides from the 19th century to figure out what a plate of macheroni cost in 1899.

I spent three years researching my first book "Best Evidence", reading over 300 books as well as several hundred scientific and academic journals dealing with the nine puzzling scientific anomalies described in the book. You'll find many of those books in my library. If you're looking for the best evidence suggesting these paranormal phenomena are real, click on the tag entitled "paranormal-best evidence." I'm always interested in knowing what other people think about that collected evidence, so let me know what you think -- especially if you've read one or more of those cited books.

My "favorite books" tag list is what I read for pleasure and fun.I particularly love history and historical fiction.