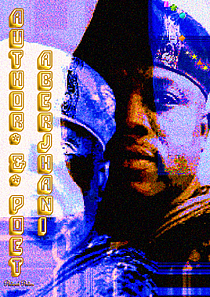 About meI am a an author, poet, historian, artist, social justice advocate and all-around creative who loves humanity. My art can be found on Fine Art America and Pixels.com as well as by primary website: Black Skylark Literary Productions.

As an author I am an advocate of those principles championed by the PEN American Center and the Academy of American Poets. Throughout 2010 and 2011, I enjoyed the amazing honor of serving as editor for the Civil War Savannah Book Series. Such a project would be an important one under any circumstances but for me it was especially so because Savannah, Georgia, is my hometown. And also because the first volume of the series has been published during the 150th anniversary of the American Civil War and during a year declared by the United Nations as the International Year for People of African Descent.

I also spent a lot of time from 2009 through 2012 logging stories as the National African-American Cultural Art Examiner. There, I covered stories about the controversial death row case of Troy Anthony Davis and Mark Allen McPhail, as well as the life and death of Michael Jackson, Whitney Houston, Harry Belafonte, and stories on emerging artists in the American Southeast.

My latest books are: "Dreams of the Immortal City Savannah" (2019), "Journey through the Power of the Rainbow: Quotations from a Life Made Out of Poetry"; "ELEMENTAL, The Power of Illuminated Love"; "The American Poet Who Went Home Again," a memoir; the novel "Christmas When Music Almost Killed the World" which combines my passion for fiction and music; and the poetry collection "The River of Winged Dreams" (2010).

My creative passions in general got a big boost in 2007 with the creation of Creative Thinkers International.
However: it was my passion for books that led me to manage bookstores for more than a dozen years after having served as a military journalist for eight with the U.S. Air Force. When responsibilities as a full-time caregiver forced to stop managing bookstore, I picked up my pen and started writing again. In between doing what had to be done as a caregiver taking care of a parent at home, I somehow managed to produce three books: I MADE MY BOY OUT OF POETRY; ENCYCLOPEDIA OF THE HARLEM RENAISSANCE; and THE WISDOM OF W.E.B. DU BOIS.

The great thrill of co-authoring an encyclopedia on the Harlem Renaissance is that doing so meant reading tons of books on virtually every subject: history, biographies, fiction, drama, psychology, art, music, political science, race relations, poetry, sexuality, cultural trends, fashion, and much more. Until working on the encyclopedia, my library could probably be divided into categories of literary fiction, biographies, metaphysical studies, poetry, and African-American studies. Post the encyclopedia, the percentage of history books blew up in a big way.

About my libraryMy library is one that grew while I lived in many different places: colleges in Savannah, St. Petersburg, Fla.; Philadelphia; St. Paul, Minn.; and San Francisco; military and other travels all over the world. Call it an eclectic mix of biographies, spiritual philosophy, language dictionaries, history books, books I've written, books I wish I had written, French literature translations, Harlem Renaissance era reference titles, tons on my favorite poets such as Rumi, Langston Hughes, Jean Toomer, Rilke...