HomeGroupsTalkExploreZeitgeist
This site uses cookies to deliver our services, improve performance, for analytics, and (if not signed in) for advertising. By using LibraryThing you acknowledge that you have read and understand our Terms of Service and Privacy Policy. Your use of the site and services is subject to these policies and terms.
barbsilkstone Profile Books Charts & Graphs Reviews 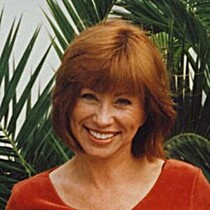 When you’re a freelance writer with a quirky sense of humor, being in the right place at the right time helps a lot. If I just stand still for five minutes… wham! Something funny and worth writing about will happen to me. I’ve accidentally sky dived, been elected president of the Japan American Society (I’m not Japanese), been stalked by crazies, and ran off with a real life White Rabbit.

I’m a single mother, living on the edge in South Florida. My writing history is diverse. I started an underground newspaper in grade school and was threatened with excommunication by the nuns. After being published in the horror genre, I was fortunate enough to take part in writing workshops with Stephen King, Robert B. Parker, and James Michener.

I enjoy doing playful things with language, blending two distinct words to create a new word. If I’m laughing out loud when I’m writing, then I know I’ve hit the mark. Wendy and the Lost Boys… a contemporary take off on Peter Pan with a touch of Madoff as Captain Hook is the first book in my Wendy Darlin Tomb Raider series. London Broil is the second stand-alone book in Wendy's series. Book three Cairo Caper, also stands alone. These are laugh-out-loud grownup reads. Wendy Darlin continues to have new adventures. Miami Mummies is her most recent. Coming summer of 2014: Vulgarian Vamp.

For six years I traveled the United States listening to men reveal their darkest secrets for my book, The Adventures of a Love Investigator, 527 Naked Men & One Woman. When I was finished with my adventure, I realized the only man I should have interviewed was Lewis Carroll, unfortunately he was long gone. So I set out to pay homage to his logic by re-telling Alice in Wonderland in a contemporary setting. The result is The Secret Diary of Alice in Wonderland, Age 42 and Three-Quarters ~ a comedy mystery that takes place between Miami and London.

The Secret Diary of Alice in Wonderland, Age 42 and Three-Quarters
Wendy and the Lost Boys
Zo White and the Seven Morphs

~
Nonfiction: The Adventures of a Love Investigator, 527 Naked Men & One Woman