HomeGroupsTalkMoreZeitgeist
This site uses cookies to deliver our services, improve performance, for analytics, and (if not signed in) for advertising. By using LibraryThing you acknowledge that you have read and understand our Terms of Service and Privacy Policy. Your use of the site and services is subject to these policies and terms.
john_sunseri Profile Books Charts & Graphs Reviews 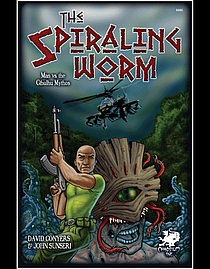 About meI'm a full-time restaurant manager, a part-time writer of speculative fiction (just finished my first novel! Can't find an agent! May have to go to New York and kidnap one!), and married to the best wife on the planet - she lets me sit in front of the computer on my days off and write about werewolves and zombies and dragons and stuff.

I've been published all over the small press, and in several anthologies (which you can find on LibraryThing), and a collection of tales I co-wrote with a fellow named David Conyers just got picked up by a publisher for release next year, so I should be able to get one of those pretty yellow badges next to my name pretty soon. Looking forward to it...

A list of my ten favorite books? Why not? (though, of course, this is subject to frequent and spasmodic change)...

Let's see...I've got selections from the worlds of mystery, thriller, horror, science fiction, epic poetry, great literature, humor...I can live with this list. At least until the next time I make one...

About my libraryI'm gradually cataloguing my library here as I recover it from my friend's basement - it takes a long time to move thousands of books!