Each month, we will visit a different state in the United States of America for the Monthly Reading Challenge in the Mystery & Suspense Extra! Group. This month, we journey to a state that has been in the news (and not in a good way) at the end of May. Let’s go to Minnesota. 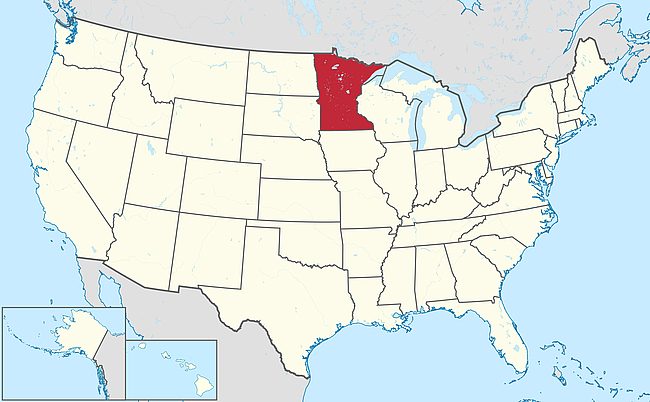 Minnesota is a state in the Upper Midwest, Great Lakes and northern regions of the United States. Its capital is St Paul and its largest city is Minneapolis. Minnesota is ranked 12th in area at 86,950 square miles (225,163km square) and is the 22nd in population with approximately 5.6 million residents as of 2019 (it is 30th in terms of density). The state's name comes from the Dakota name for the Minnesota River, which got its name from one of two words in Dakota: "mni sota" which means "clear blue water" or "Mnissota" which means "cloudy water".

The original inhabitants of the territory were the Dakota – a subculture of the Sioux. The first Europeans in the area were French fur traders who arrived in the 17th century. The region was part of Spanish Louisiana from 1762 to 1802. The Minnesota Territory was formed on March 3, 1849. Minnesota became the 32nd US state on May 11, 1858.

Logging and farming were mainstays of Minnesota's early economy with large sawmills and logging centers located on rivers that were ideal for transporting the product. Another industry supported by the rivers (and specifically Saint Anthony Falls) was flour mills. Innovations by Minneapolis millers led to the production of Minnesota "patent" flour, which commanded almost double the price of "bakers" or "clear" flour which it replaced. By 1900, Minnesota mills, led by Pillsbury, Northwestern and the Washburn-Crosby Company (a forerunner of General Mills), were grinding 14.1 percent of the nation's grain.

Urban development in Minnesota is primarily in the Minneapolis-St Paul area. St Paul is located in east-central Minnesota, adjacent to Minneapolis. Together, the two cities and their suburbs are knows as the Twin Cities – the country's 16th largest metropolitan area and home to approximately 55% of the state's population. The remainder of the state is known as "Greater Minnesota".

In addition to the logging and grain mills discussed above, Minnesota's economy includes iron-mining, farming and technology. After World War II, industrial development increased. New technology increased farm productivity through automation of feedlots for hogs and cattle, milking machines for the dairy farms and large-scale chicken operations. Minnesota became a center of technology following WWII when Engineering Research Associates (and early version of Remington Rand and then Sperry Rand) was formed in 1946 to develop computers for the US Navy. In 1957, William Norris left Sperry Rand to found Control Data Corporation. Cray Research was formed when Seymour Cray left CDC to form his own company. Medical device maker Medtronic also started business in the Twin Cities in 1949.

Minnesota is known as the "Land of 10,000 Lakes". There are 11,842 Minnesota lakes over 10 acres (4ha) in size. Minnesota's portion of Lake Superior is the largest at 962,700 acres and deepest at 1,290 ft. body of water in the state. Minnesota has 6,564 natural rivers and streams that cumulatively flow for over 69,000 miles. The Mississippi River begins its journey in Minnesota at Lake Itasca and continues through Minnesota for 680 miles before crossing into Iowa. Approximately 10.6 million acres of wetlands are within Minnesota's borders, the most of any state except Alaska.

Although less than 1% of the state's population is now employed in the agriculture sector, it remains a major part of the state's economy, ranking sixth in the nation in the value of products sold. The state is the nation's largest producer of sugar beets, sweet corn, peas and farm-raised turkeys.

The Mall of America in Bloomington MN is the size of 78 football fields (9.5 million square feet).

The Minneapolis Sculpture Garden is the largest urban sculpture garden in the country.

Minneapolis has a skyway system that connects 52 blocks (nearly 5 miles) of downtown, making it possible to live, eat, work and shop without going outside.

Rochester MN is home to the world-famous Mayo Clinic. The clinic is a major teaching and working facility. It is known worldwide for its doctors' expertise and the newest methods of treatments. The University of Minnesota conducted the first open heart and the first bone marrow transplants in the country. Additionally, in September 1952, a 5 year-old girl was the first patient to undergo a heart operation in which the deep freezing technique was employed (her body temperature was lowered to 79 degrees Fahrenheit.)

Hormel Company marketed the first canned ham in 1926. Hormel introduced Spam in 1937. Austin MN, where Hormel is based, is also home to the Spam Museum, which has dubbed itself "the world's most comprehensive collection of spiced pork artifacts".

The Hull-Rust mine in Hibbing MN became the largest open-pit mine in the world.

Minnesota's water flows outward in 3 directions – north to Hudson Bay in Canada, east to the Atlantic Ocean and south to the Gulf of Mexico.

Although Minnesota is known for its Scandinavian and Germanic heritage, Minneapolis and St Paul are also home to the country's largest Hmong and Somali populations.

According to a Weather.com analysis, Minneapolis is the coldest major city in America based on a 30-year average temperature from NOAA's National Climatic Data Center during December, January and February. On average the city experiences approximately 25 subzero cold days each year.

The state is home to FIFTY different mosquito species. 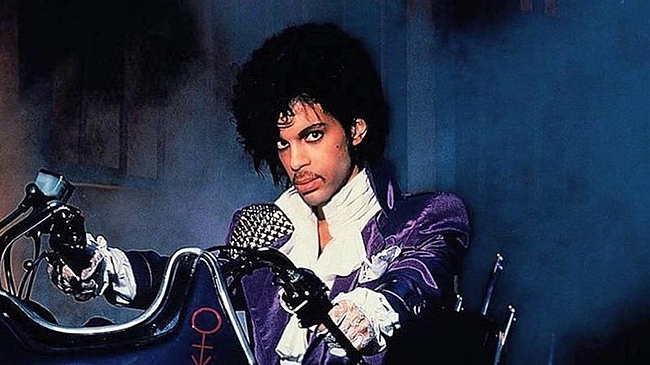 Prince Rogers Nelson was born in Minneapolis, MN on June 7, 1958. Prince was an American signer-songwriter, musician, record producer, dance, actor and filmmaker. A guitar virtuoso and multi-instrumentalist known for his eclectic genre-crossing work, flamboyant and androgynous persona and his far reaching falsetto and high-pitched screams. Prince is regarded as one of the greatest musicians of his generation. His innovative music integrated a wide variety of styles, including funk, R&B, rock, new wave, soul, psychedelia and pop. Prince pioneered the late 1970s Minneapolis sound, a funk rock subgenre drawing from synth-pop and new wave.

In honor of MINNESOTA, read a Mystery/Suspense book (any sub-genre will do!) that satisfies one or more of the following:

• A Mystery/Suspense book with "Lake," "Freeze/Ice/Cold," "North," or "Water" in the title or has a cover that is more than 50% PURPLE or has baked goods on the cover;

• A Mystery/Suspense book in which a character is a medical professional or the story takes place primarily on/in water;

• A Mystery/Suspense book where the author's initials (BOTH the first AND last) can be found in MINNESOTA.

In honor of MINNESOTA, read a Mystery/Suspense book (any sub-genre will do!) that satisfies one or more of the following:

• A Mystery/Suspense book with "Lake," "Freeze/Ice/Cold," "North," or "Water" in the title or has a cover that is more than 50% PURPLE or has baked goods on the cover;
Cold Choices by Larry Bond

• A Mystery/Suspense book in which a character is a medical professional or the story takes place primarily on/in water;
The Case of the Missing Finger by Cheri Baker

• A Mystery/Suspense book where the author's initials (BOTH the first AND last) can be found in MINNESOTA.
Silence of the Ghost by Erin McCarthy; 6/14/2020; 3 stars

Carol Is Ready For Those Minnesota Mosquitoes

📌2. A Mystery/Suspense book in which a character is a medical professional or the story takes place primarily on/in water.
The Year The Swallows Came Early Katheryn Fitzmaurice - 4★

📌3. A Mystery/Suspense book where the author's initials (BOTH the first AND last) can be found in MINNESOTA.
The Visitor - Amanda Stevens - 5★ (A & S)

I'll be reading Empty Bed by Nina Sadowsky. The author's first and last initials are in Minnesota.

I am reading Wind Chime Cafe by Sophie Moss S and M. I will put it aside and finish it June 1.

>6 mnleona: welcome to the challenge! Isn’t that the way it goes? About to finish qualifying books within days of the challenge start...lol

I've just finished reading Tippi, a memoir by Tippi Hedren, actress and animal rights activist, who was born in Minnesota. If you're interested in big cats (she owns the Shambala Preserve in Acton, California), or Melanie Griffiths (her daughter), you may find this a more interesting read than I did, 3★s.

>8 Sergeirocks: I did not know that. Loni Anderson and her brother, Louie, went to the same high school as my kids in Rosevile, Minnesota but at a different time.

• A Mystery/Suspense book with "Lake," "Freeze/Ice/Cold," "North," or "Water" in the title or has a cover that is more than 50% PURPLE or has baked goods on the cover;

• A Mystery/Suspense book in which a character is a medical professional or the story takes place primarily on/in water;

• A Mystery/Suspense book where the author's initials (BOTH the first AND last) can be found in MINNESOTA.

Another good time, Brenda... and I didn't have to shoot any of those Minnesota mosquitoes:)

>11 Carol420: good job! Those mosquitoes are awful - I always forget about them until I go back to WI to visit my parents - and I'm glad we don't have them here in CA

>12 bhabeck: You could probably get you parents to send you a couple. Just be sure to have a big collar and chain ready to 'control" them:)

This is why they are so big.

>14 nrmay: Love bats. That would be no problem for me...except that mosquito looks like it could eat my bat:)

My husband and I lived in the Austin, Texas area for awhile. First time we went to see the fireworks on the lake, I hit him on the arm and he said "why?". I said we are used to hitting the mosquitos on each other. I am back in Minnesota and they will be here again.

oh-oh...I just realized how late in the month we are and I've only read 1 so far.

I've been spending a lot of time reading the Wheel of Time series so my mystery reading has suffered by comparison.

>18 bhabeck: Time goes fast when you're having fun:) If Ellen didn't always post her challenge about the same time every month I would be forgetting and sometimes scrambling also.

Aveda beauty products. Horst R. (I can never remember his last name) bought the building my husband owned in NE Minneapolis. My daughter went to his beauty school and my son did a lot of work for him. Aveda was sold to a company. Horst has passed away.

Finished Coconut Cake Murder by Joanne Fluke. She used to live in the same town as my husband's niece lives in Minnesota.

>21 mnleona: Seems to be a host of celebrities in Minnesota or at least from Minnesota. 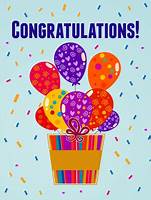 Good Job! On to Illinois now.

Well, I didn't finish it in June but I'm still reading Iron Lake by
William Kent Krueger.
'lake' in the title and set in Minnesota in the winter.