Each month, we will visit a different state in the United States of America for the Monthly Reading Challenge in the Mystery & Suspense Extra! Group. This month, we travel cross-country to – Washington (hope no one is delayed with all the airport/airline craziness!).

History
Washington, officially the State of Washington, is a state in the Pacific Northwest region of the Western United States. Named for George Washington—the first U.S. president—the state was formed from the western part of the Washington Territory, which was ceded by the British Empire in 1846, by the Oregon Treaty in the settlement of the Oregon boundary dispute. was admitted to the Union as the 42nd state in 1889. Olympia is the state capital; the state's largest city is Seattle. Washington is often referred to as Washington state to distinguish it from the nation's capital, Washington, D.C.

Washington is the 18th-largest state, with an area of 71,362 square miles (184,830 km2), and the 13th-most populous state, with more than 7.7 million people. The majority of Washington's residents live in the Seattle metropolitan area, the center of transportation, business, and industry. Washington is the second most populous state on the West Coast and in the Western United States, after California.

For a long period, Tacoma had large smelters where gold, silver, copper, and lead ores were treated. Seattle was the primary port for trade with Alaska and the rest of the country, and for a time, it possessed a large shipbuilding industry. The region around eastern Puget Sound developed heavy industry during the period including World War I and World War II, and the Boeing company became an established icon in the area.

During the Great Depression, a series of hydroelectric dams were constructed along the Columbia River as part of a project to increase the production of electricity. This culminated in 1941 with the completion of the Grand Coulee Dam, the largest concrete structure in the United States and the largest dam in the world at its construction.

During World War II, the state became a focus for war industries. While the Boeing Company produced many heavy bombers, ports in Seattle, Bremerton, Vancouver, and Tacoma were available for the manufacture of warships. Seattle was the point of departure for many soldiers in the Pacific, several whom were quartered at Discovery Park. In Eastern Washington, the Hanford Works atomic energy plant was opened in 1943 and played a major role in the construction of atomic bombs.

After the end of World War II, and with the beginning of the civil rights movement, the state's growing Black or African American population's wages were 53% above the national average. The early diversification of Washington through the Great Migration led to successful efforts at reducing discrimination in the workplace. In 1950, Seattle's first black representative for the state's legislature was elected. At the 1970 U.S. census, the black population grew to 7.13% of the total population.

Washington is a leading lumber producer; its rugged surface is rich in stands of Douglas fir, hemlock, ponderosa pine, white pine, spruce, larch, and cedar. The state is the largest producer of apples, hops, pears, blueberries, spearmint oil, and sweet cherries in the U.S., and ranks high in the production of apricots, asparagus, dry edible peas, grapes, lentils, peppermint oil, and potatoes. Livestock, livestock products, and commercial fishing—particularly of salmon, halibut, and bottomfish—are also significant contributors to the state's economy. Washington ranks second only to California in wine production.

Manufacturing industries in Washington include aircraft, missiles, shipbuilding, and other transportation equipment, food processing, metals, and metal products, chemicals, and machinery. Washington has more than a thousand dams, including the Grand Coulee Dam, built for a variety of purposes including irrigation, electricity generation, flood control, and water storage.

Washington is one of the wealthiest as well as most socially liberal states in the country. The state consistently ranks among the best for life expectancy and low unemployment. Along with Colorado, Washington was one of the first to legalize medicinal and recreational cannabis, was among the first states to legalize same-sex marriage in 2012, and was one of only four U.S. states to have been providing legal abortions on request before the 1973 Supreme Court decision in Roe v. Wade loosened abortion laws nationwide. Similarly, Washington voters approved a 2008 referendum on legalization of physician-assisted suicide, and Washington is currently one of ten states—along with Washington, D.C.—to have legalized the practice. 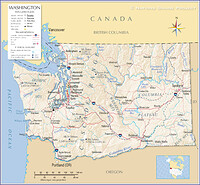 Washington is bordered on the west by the Pacific Ocean, Oregon to the south, Idaho to the east, and the Canadian province of British Columbia to the north.

Puget Sound, an inlet of the Pacific Ocean consisting of numerous islands, deep fjords, and bays carved out by glaciers. The remainder of the state consists of deep temperate rainforests in the west; mountain ranges in the west, central, northeast, and far southeast; and a semi-arid basin region in the east, central, and south, given over to intensive agriculture. There are over 40,000 miles of rivers and streams and more than 8,000 lakes in Washington.

Mount Rainier, an active stratovolcano, is the state's highest elevation at 14,411 feet (4,392 meters), and is the most topographically prominent mountain in the contiguous U.S. The five-mile long Emmon glacier on Mount Rainier is the longest in the continental United States.

Fun Facts
On May 18, 1980, following a period of heavy tremors and small eruptions, the north face of Mount St. Helens slid off in the largest landslide in recorded history before erupting violently, destroying a large part of the top of the volcano. The eruption flattened the forest up to 20 km north of the volcano, killed 57 people, flooded the Columbia River and its tributaries with ash and mud, and blanketed large parts of Washington eastward and other surrounding states in ash, making day look like night.

On the afternoon of July 4, 1947, Frank Ryman, an off-duty U.S. Coast Guard Yeoman, snapped the first photograph of an alleged flying saucer from the yard of his home in Lake City, north of Seattle. According to statistics, Washington is one place in the world where people report the most UFO sightings 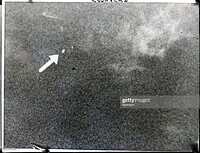 There are very few permanent floating bridges in the world. Four of them are found in Washington state: Evergreen Point Floating Bridge (the world’s longest, across Lake Washington), Homer M Hadley Bridge, Murrow Memorial Bridge, and Hood Canal Bridge. The Governor Albert D. Rosellini Bridge at Evergreen Point is the longest floating bridge in the world. The bridge connects Seattle and Medina across Lake Washington.

Grand Coulee Dam, on the Columbia River west of Spokane, Washington, is one of the largest structures ever built by mankind — a mass of concrete standing 550 feet high and 5,223 feet long, or just shy of a mile. Grand Coulee contains 12 million cubic yards of concrete, or enough to build a highway from Seattle to Miami. 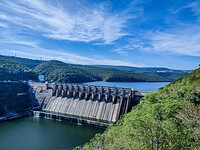 Washington is the state which produces the most apples out of all 50! They also produce the most pears, red raspberries, sweet cherries, and spearmint oil. 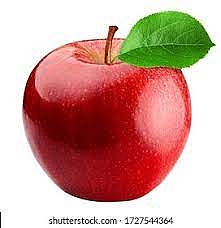 During the period of World War II, there was a secret bomber-making factory south of Seattle, Washington. To hide the factory, Boeing camouflaged it by entirely covering it with a fake neighborhood created by a Hollywood set designer! The fake neighborhood included fake houses, trees, and artificial sidewalks. The intention was to hide the presence of an airplane production facility down below from other potential bombers.

Seattle’s Space Needle is recognizable by people from around the world. The observation tower has become a symbol of the state and the Pacific Northwest in general. The structure has a height of 605 ft (184 m) and it was built for the 1962 World’s Fair, which was hosted by the city.

By the turn of the 20th century, Aberdeen, WA had the distinction of being “the roughest town west of the Mississippi” because of excessive gambling, violence, extreme drug use and prostitution (the city remained off-limits to military personnel into the early 1980s). 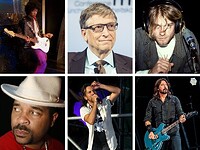 In honor of WASHINGTON state, read a Mystery/Suspense book (any sub-genre will do!) that satisfies one or more of the following:

• A Mystery/Suspense book with "Green," "Water," "Space," "Apple," or "Sound" in the title OR has a picture of a tree, a mountain/volcano or an apple on the cover;

• A Mystery/Suspense book that takes place in Washington state OR includes a character with the same last name as a US President in a primary role OR has a character who is a successful businessman/billionaire OR has a scifi setting; and

• A Mystery/Suspense book where the author's FIRST and LAST initial (no middle initials or names) can be found in WASHINGTON.

In honor of WASHINGTON state, read a Mystery/Suspense book (any sub-genre will do!) that satisfies one or more of the following:

• A Mystery/Suspense book with "Green," "Water," "Space," "Apple," or "Sound" in the title OR has a picture of a tree, a mountain/volcano or an apple on the cover;
The Secret Witness by Victor Methos; reflection of a tree in the water; finished 8/13/22; 3.5 stars

• A Mystery/Suspense book that takes place in Washington state OR includes a character with the same last name as a US President in a primary role OR has a character who is a successful businessman/billionaire OR has a scifi setting; and
Imitation in Death by J. D. Robb; billionaire businessman; finished 8/19/22; 4 stars

• A Mystery/Suspense book where the author's FIRST and LAST initial (no middle initials or names) can be found in WASHINGTON.
Never Coming Home by A.R. Wise; finished 8/28/22; 3 stars

• A Mystery/Suspense book with "Green," "Water," "Space," "Apple," or "Sound" in the title OR has a picture of a tree, a mountain/volcano or an apple on the cover;

• A Mystery/Suspense book that takes place in Washington state OR includes a character with the same last name as a US President in a primary role OR has a character who is a successful businessman/billionaire OR has a scifi setting; and

• A Mystery/Suspense book where the author's FIRST and LAST initial (no middle initials or names) can be found in WASHINGTON. 🏖️2. A Mystery/Suspense book that takes place in Washington state OR includes a character with the same last name as a US President in a primary role OR has a character who is a successful businessman/billionaire OR has a scifi setting.
Where the Memories Lie - Sibel Hodge- 1★ (Katie Ford is looking for who killed her "best Friend") an awful book but it served it's purpose.

🏖️3. A Mystery/Suspense book where the author's FIRST and LAST initial (no middle initials or names) can be found in WASHINGTON.
The Family Across the Street - Nicole Trope - 5★ (N &T)

ugh...I had 7 books already scheduled for August, and would you believe NONE of them fit for this challenge... I should plan this better...lol

>5 bhabeck: hate it when that happens!

>4 Carol420: The Morgan Brookes series by Helen Phifer is a good series. Enjoy.

>7 Andrew-theQM:
Thanks. This sounded good. I've read something else by her, but I can't remember what it was.

>9 Andrew-theQM: I found it. t was Lakeview House

>10 Carol420: only read this series and really need t get to her other books.

I’m going to read Timeline by Michael Crichton.
It has a character who’s a successful businessman/billionaire. 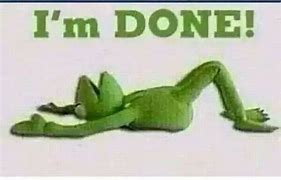 All done. I had fun in Washington. Thanks Brenda.

>14 Andrew-theQM: I think he had too many green apples:)

Done - Timeline by Michael Crichton - 3.5 ★
It has a character who’s a successful businessman/billionaire. 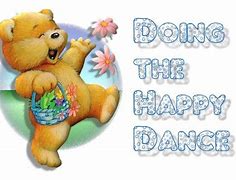