HomeGroupsTalkMoreZeitgeist
This site uses cookies to deliver our services, improve performance, for analytics, and (if not signed in) for advertising. By using LibraryThing you acknowledge that you have read and understand our Terms of Service and Privacy Policy. Your use of the site and services is subject to these policies and terms.
SamSattler Profile Books Statistics Reviews Clouds 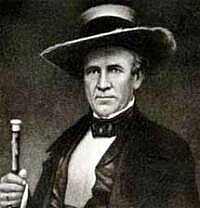 About meI became an avid reader before I started first grade and the habit has grown over the years. I can't imagine how anyone can be a non-reader in an age when movies and television have set such low standards. I was born with the "collector gene" and, when I really admire and enjoy an author, I feel the urge to be a completist and want to own everything they've written. This habit has rewarded me in the past because I now own some nice first editions that have appreciated in value very nicely...but they won't be sold because I plan to give my granddaughter the library someday.

About my libraryThe size of my library is limited only by a lack of shelf space (and cash). I've even built shelves inside some of the lesser used closets in the house but it's a constant battle to find space for new books. I'm a big fan and admirer of Larry McMurtry, Ruth Rendell, James Lee Burke, Pat Conroy, John Irving, Pete Dexter, Louise Penny, Elmer Kelton and writers of Civil War history. My library largely reflects that fact.

Currently readingThe Nature of the Beast: A Chief Inspector Gamache Novel by Louise Penny
Starship Troopers by Robert A. Heinlein