About meI'm an academic who studies British literature, from 1800 to the present. My primary area of interest is the intersection of science and literature; I'm at work on a book project about the scientist in British fiction from 1818 to 1909. I'm also interested in H. G. Wells, science fiction of the 1870s through the 1890s, sf stories depicting revolution/terrorism, graphic novels, and post-1980 British fiction (especially metafiction).

For fun I also read Star Trek, Star Wars, and Doctor Who novels (though not as much as I did ten years ago), assorted other science fiction, and superhero comic books. And lots of other stuff; I have pretty catholic tastes.

My publications (up to 2011, obviously in great need of updating): 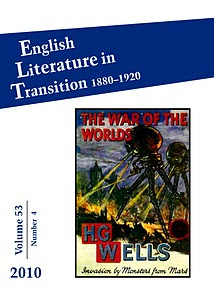 About my libraryIt's a lot of tie-in fiction. This account is especially dominated by Star Trek books (I bought almost every one published between 1999 and 2009, but I've slowed down of late) and Doctor Who and Doctor Who-adjacent audio dramas from Big Finish Productions. Outside of that, I own a lot of comics (especially DC), Doctor Who novels (especially ones featuring the Eighth Doctor or Bernice Summerfield), British literature (especially Victorian), science fiction and books about science fiction, Penguin Classics, and fantasy fiction (especially the Oz books).

Recently I've been on a bit of a kick with contemporary science fiction. I've also been working my way through a few different series/authors systematically:
- every three months: The New Doctor Who Adventures
- every four months: James Bond 007 by Ian Fleming
- every six months: Legion of Super-Heroes
- every twelve months: Charles Dickens

Other favoritesUniversity of Connecticut - Children's Literature