HomeGroupsTalkExploreZeitgeist
This site uses cookies to deliver our services, improve performance, for analytics, and (if not signed in) for advertising. By using LibraryThing you acknowledge that you have read and understand our Terms of Service and Privacy Policy. Your use of the site and services is subject to these policies and terms.
pageboy Profile Books Charts & Graphs Reviews Gallery 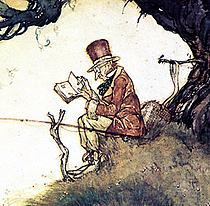 About meBorn in Scotland 66 years ago. Lived and worked south of the border since 1970. Studied at London Film School and University of Newcastle. Settled at Newcastle in 1988. Have been retired for several years. Reading and listening to music (classical) are my greatest pleasures, followed by travel and walking in the country. Have been interested in photography since my late teens and my work has appeared in magazines and books. Have been invited to exhibit at Berlin and Istanbul. I will have a one-man exhibition devoted to my early work next year at Newcastle.I contribute texts from old books to Project Gutenberg and he Baldwin Project. I also engage in print on demand publishing on a small scale.

About my libraryI have so far catalogued only a small part of my collection - it is an ongoing project. My books reflect my interests in Classical culture, the Renaissance in Europe, architecture and 19th Century literature.Children's literature is a great interest and I am active in preparing new texts and editions of old classics for the web as well as for print-on-demand. Am keen to find others who share these interests.Many of the volumes have been called into service when I have been preparing texts to contribute to Project Gutenberg and the Baldwin Project.I also have a large collection of classical music on CD, LP and 78rpm.